SEO is ALWAYS Changing. Is your roofing company ready for 2018?

Written by Roofing Contractor Marketing on January 20, 2018. Posted in News

Don’t let your roofing company fall behind in 2018. The internet is an ever-changing beast and in order to harness its power successfully your business needs to be prepared to adapt to any changes that come your way this year. The need for SEO or Search Engine Optimization isn’t going to change, but how your business can rise to the top of the SERP page will. Check out some of the predicted SEO changes to be on the lookout for in 2018 from MarketingLand.com below.

8 game-changing SEO trends that will dominate 2018

With over 200 factors in Google’s algorithm, SEO is a complex science. But it’s not how much you need to know that makes it really challenging — it’s the ever-changing nature of the rules of the game.

As search engines strive to improve the quality of search results, some ranking factors shift shapes, others fall into oblivion, and completely new ones arise out of nowhere. To help you stay ahead of the game in 2018, here’s a list of the most prominent trends that are gaining momentum, with tips on how you can prepare for each.

1. The rise of SERP features

Are you assuming a #1 organic ranking is the way to get as much traffic as possible? Think again. Increasingly, SERP features (local packs, Knowledge panels, featured snippets and so on) are stealing searchers’ attention and clicks from organic listings.

And it’s only fair if you consider the evolution the Google SERP has been through. It has gone all the way from “10 blue links”…

Keep your roofing company ahead of the game with our expert SEO services and see how your website is ranking right now on Google with a free SEO Analysis from Roofing Contractor Marketing.

Written by Roofing Contractor Marketing on January 19, 2018. Posted in News

One of the first steps to starting a roofing company is developing your digital presence. How your business is represented on the internet can be a huge determining factor in the success or failure of your business. A strong online identity can attract new clients and drive leads to your business while a weak presence can leave your roofing company unnoticed and losing leads.

Building a robust digital presence isn’t something that happens overnight. It takes time and planning, to execute your complete digital marketing strategy. While there’s no silver bullet to guarantee success, you can get started with a few things to start building your digital presence.

Three ways to use a domain name for business today

Build your online identity with a domain name

Registering a domain name is one of the first steps to starting a new business. That’s because whatever name is chosen will represent the business’s space on the internet — and, possibly, a customer’s first impression of the company.

But once you have that domain name, what do you do? Don’t stress over building an online space. Start using a domain name right away. Here are three ways to do it.

Set up a company-branded email address

Getting your online presence started correctly can help your roofing company be successful but your online presence isn’t something that you can simply set and forget.  A website alone won’t drive leads to your business. But, full-service digital marketing from Roofing Contractor Marketing can help you connect your digital presence with new clients and grow your roofing company into a roofing empire.

Are you ready to grow your roofing company now? Get a free, no-obligation Internet Marketing Analysis to get started now. 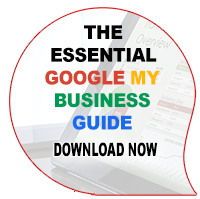